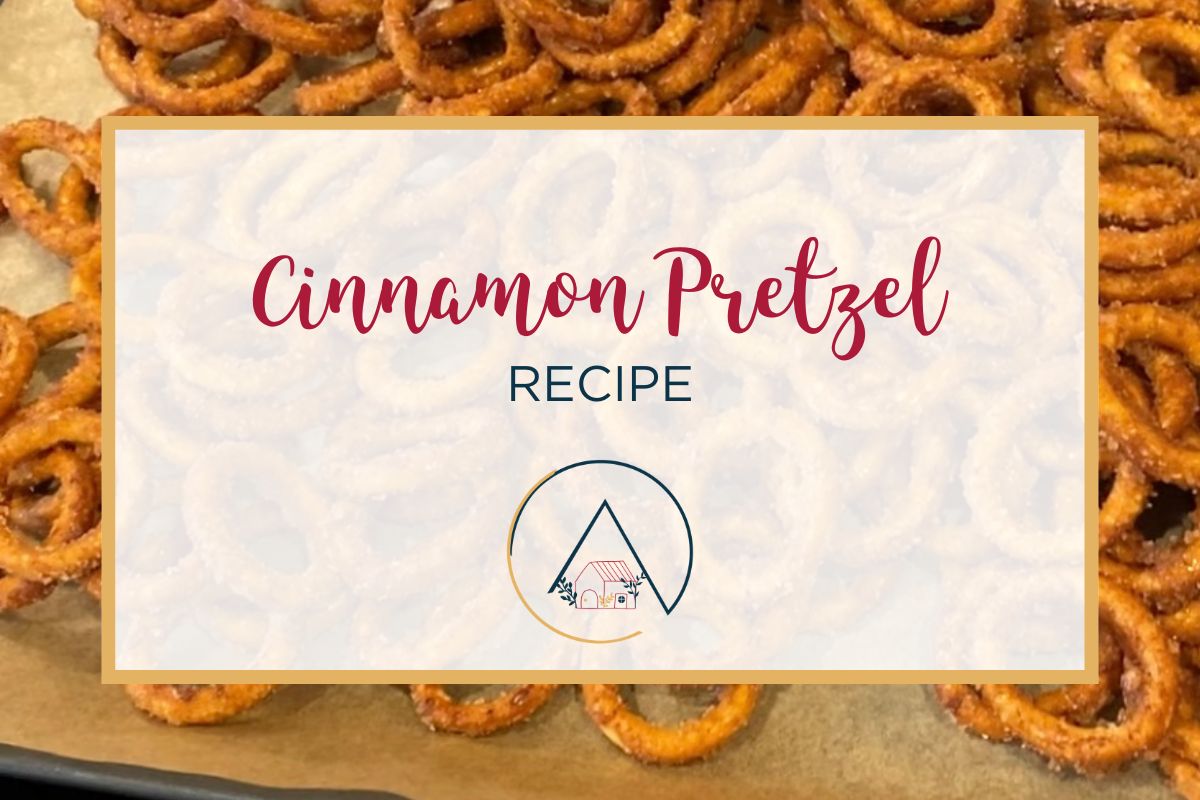 This simple snack is the best way to have a homemade treat without the huge mess and tons of time spent baking in the kitchen.

In 10-15 minutes, with these simple ingredients, you’ll have the perfect family movie night snack. This is also an easy treat to bring to a party or get together.

Crunchy pretzels coated with the cinnamon sugar mixture is almost the extent of this recipe. This pretzel snack will be a favorite of the entire family.

Why This Recipe Works

This is a really easy snack recipe that you’ll thoroughly enjoy!

Add pretzels to mixing bowl. Pour the pretzels into a large bowl.

Melt butter. Melt the butter in the microwave.

Mix dry ingredients. In a separate small bowl, mix together the sugar and cinnamon.

Combine all ingredients. Add the cinnamon and sugar mix to the pretzels. Stir well.

Add mixture to prepared baking sheet. Divide and spread the pretzel mix in sugar coating on the two baking sheets in a single layer.

Bake. Bake in preheated over for 8-10 minutes.

Cool. Let the pretzels cool to room temperature and serve.

A pro tip is worth a lot when making a new recipe! Make sure you read over these before starting.

How to store cinnamon pretzels?

Store cinnamon pretzels in an airtight container out of direct sunlight. These don’t have to be refrigerated. However, if the room is warm, you may want to store them in the refrigerator to keep the sugar and chocolate (if you use it) from melting.

If these are kept in an airtight container, and no moisture can get to them, they will last 5-7 days. 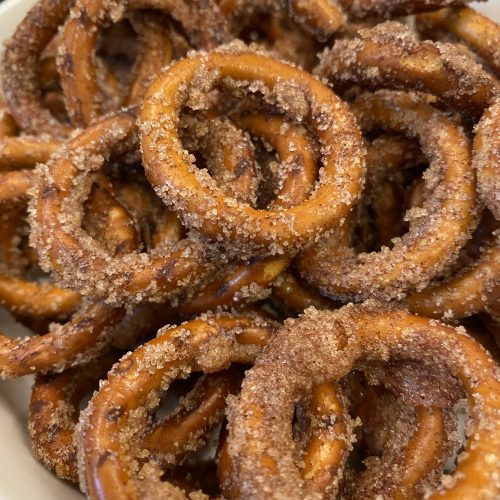 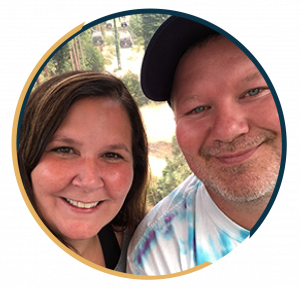